Browns Mills In The Pines

A look back at the Forest Springs Hotel 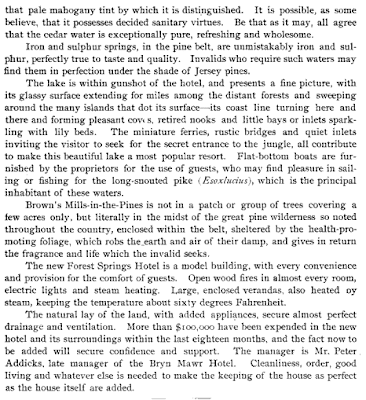 Analysis of one of the springs on the Forest Springs Hotel

The Forest Springs Hotel was "located to the rear of where the Mill Village Shopping Center Stands today, the hotel burned to the ground in February 1895."

"turn right past the Post Office on the left" Posted by Whitesbog Life and Times at 1:56 PM No comments: Links to this post 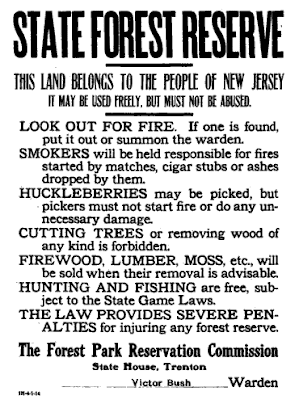 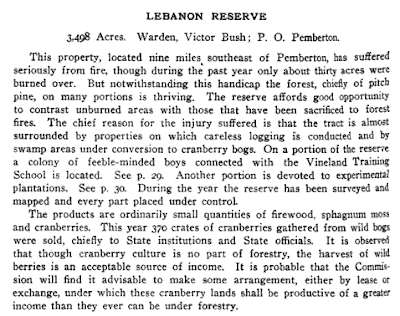 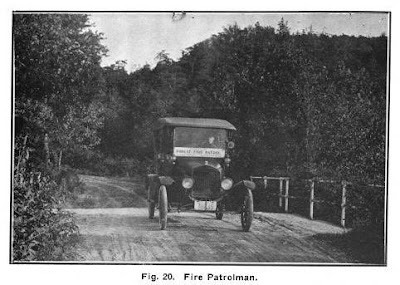 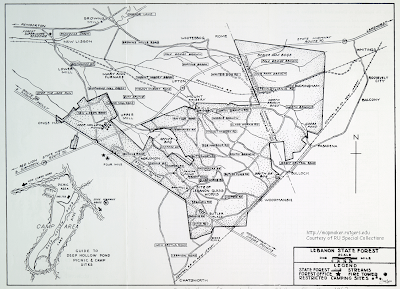 Posted by Whitesbog Life and Times at 4:32 PM No comments: Links to this post The $ 38,000 road is expected to be completed this fall. The new road will present a great contrast to the heavy sand bed over which inhabitants have traveled for two centuries. Posted by Whitesbog Life and Times at 5:33 AM No comments: Links to this post

-- Whatever hope remained of the government being able to utilize the Hanover Farms tract, between Whitesbog and Whitings for the great new munitions plant which it was at first proposed to locate there, disappeared last week when it became definitely known that the Federal authorities had determined upon a site not far from Hammonton for the new enterprise and that some of the equipment which had been at first sent to Hanover, had been transferred to the new site. The great plant will be located at Elwood, about five miles from Hammonton and a large force of men is already at work clearing the land for the erection of the necessary buildings. The tract comprises about eight thousand acres.
Posted by Whitesbog Life and Times at 8:01 PM No comments: Links to this post