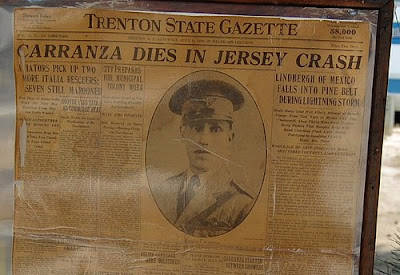 INQUIRY CONFIRMS CRASH IN LANDING; Army Investigator Says That Closed Throttle Indicates Flier Was Coming Down. FEW CLUES IN WRECKAGE Mexican Consul's Aides Visit the Scene, but Give No Views on Cause of Tragedy.
•
Special to The New York Times.
July 15, 1928, Sunday

MOUNT HOLLY, N. J., July 14.A thorough inspection of the fragments of the airplane piloted by Emilio Carranza., which crashed near here yesterday afternoon, was made today by Lieutenant F. W. Bullock of Fort Monmouth. Oceanport, N. J., ...
http://select.nytimes.com/gst/abstract.html?res=F10D10FC345B127A93C7A8178CD85F4C8285F9&scp=7&sq=Emilio%20Carranza%20Rodriguez&st=cse
BODY OF CARRRNZA LIES IN STATE HERE; WARSHIP IS DECLINED; Nation Acts to Pay Military Honors to Mexican Flier as He Is Brought to City. SHIP OFFERED BY COOLIDGE But Word Comes That Airman Will Be Borne Home for Burial by Train. FUNERAL TO BE WEDNESDAY Elias Expresses Appreciation of Sympathy--Public Admitted to View Body of Airman.
July 15, 1928, Sunday
The body of Mexico's gallant airman, Captain Emilio Carranza, was brought to this city yesterday to lie in state while this country and his own prepared to pay him final honors.

WASHINGTON, July 14. -- The State Department announced this evening that the body of Emilio Carranza would be taken to Mexico by ran and not on a battleship. It made public the following statement:
http://select.nytimes.com/gst/abstract.html?res=F40F10FC345B127A93C7A8178CD85F4C8285F9&scp=1&sq=Emilio%20Carranza%20Rodriguez&st=cse 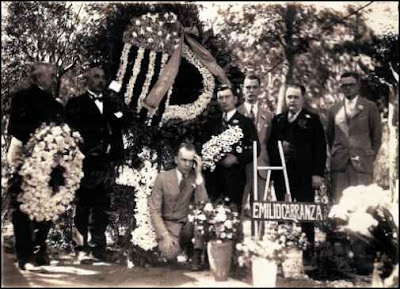 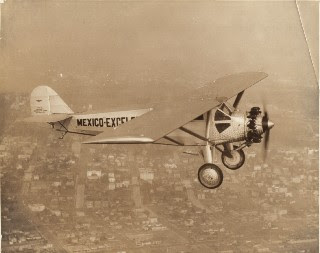 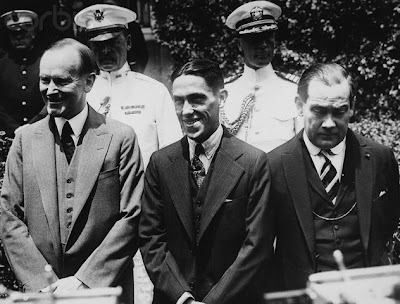 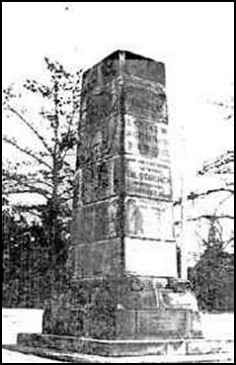 Memorial Services for Capt. Carranza, 'Lindberg of Mexico' / Will Be Held at Spot Near Chatsworth Where Ace Met Death
New Jersey Mirror

July 10, 1935
Summary: Men of prominence in the affairs of two nations will participate in the memorial exercises to be held at the Carranza monument at Sandy Ridge, near Chatsworth, on Friday afternoon, July 12, and one more step will be taken in furtherance of goodwill and peace for all time between the United States and the Republic of Mexico. These exercises are held annually at the spot sacred to Mexicans and the people of New Jersey where Captain Emilio Carranza lost his life on July 12, 1928, when his plane crashed while he was on the return trip of his goodwill flight between Mexico City and New York City. His leaving New York was in response to an impulse and surprised his Mexican hosts attached to the Consul-General's headquarters. In his intense desire to complete his mission, he bravely faced storm warnings, and atmospheric disturbances which made his trip extremely hazardous. Suddenly, he decided that he would start back home. His plane had been prepared for such time as he chose to fly. Decision was followed quickly by action and there was no chance to make announcement of his purpose. Into the plane he hopped, the motors hummed, and the "Lindbergh of Mexico" was on his way. Over New Jersey he came, probably forced out of his intended course. Not yet an hour away from New York he encountered a terrific storm of wind, thunder, lightning and rain. He was caught, powerless to master his small plane. Something happened, the plane was buckled by the wind, or perhaps struck by lightning, or maybe he was stunned by lightning and paralyzed at the controls--nobody knows. The plane crashed to earth after it had been partly torn to pieces, and the hero of all Mexico had paid the price of a brave and daring patriotism on an errand that had all the tenderness and mercy of peace as its object. Body Found By Berry Picker What had happened to Capt. Carranza was not known until late in the afternoon of the next day. It was presumed that he was well on his way toward Mexico City until John Henry Carr, of Chatsworth, found the wreck- (Continued on Page 5) age and aviator's body while driving through the woods on his way home from huckleberry picking. He did not know it was Carranza, but the identity was established after he had called officials at Mount Holly and they arrived on the scene. The memorial exercises on July 12 are in honor of the victim of this tragedy. The monument that marks the spot was erected after Mexican school children had made up a fund by contributing pennies and making their sacrifice to a national hero and a grand-nephew of a former President of Mexico. The Mount Holly Post of the American Legion initiated the memorial exercises after the monument had been erected and carried on until this year, when the New Jersey Commission on Historic Sites became interested and has cooperated with the Post. This joint sponsorship for this year's exercises has resulted in more elaborate plans than ever before. Through Chairman George deBenneville Kiem and Director Thomas Marple, both of Edgewater Park, the Commission has attached more international importance to the arrangements. Director Marple has worked industriously with the Mount Holly Post committee -- Commander W. Charles Madden, Chairman Harry F. Burbank, Captain Harold R. Powell and Harry C. Boozer. Mr. Keim has made contacts with dignitaries. Spokesman for Mexico For the first time, the Mexican Ambassador, Dr. Don Francisco Castillo Najera, will represent his government and be the only official spokesman for the Mexican delegation. He will be accompanied by Senor Najera, and also by Brigadier-General Juan F. Azcarte and Senora Azcarte from Washington. They will arrive in Philadelphia by train at 11:45 and be met by attaches of the Consul-Generals' offices in New York and Philadelphia, and Commissioner Keim and escorted to Mount Holly to be guests at a lunch at "The Willows." Following the luncheon the party will proceed to the monument, where Senator Clifford R. Powell, of Mount Holly, will be master of ceremonies. The exercises will formally open with the playing of the Mexican national anthem by the 16th Infantry Band of seventy-five pieces now at Camp Dix. The invocation will be by Gill Robb Wilson, former Chaplain of the New Jersey American Legion and now State Commissioner of Aviation. Post Commander Madden will formally welcome the Mexican officials. State Commander C. Richard Allen will speak for the American Legion, Ambassador Najera will deliver his government's message, and Commissioner Keim will speak for the Historic Sites Commission. Mayor Moore to Speak The American speaker of the day will be Mayor J. Hampton Moore, of Philadelphia. Commissioner Keim secured him after much effort before final decision was given. Wreaths will be placed at the base of Najera and Mount Holly Post. A volley will be fired by a Regular Army squad from Camp Dix, and taps will be blown by a quartet of buglers from Camp Dix. The playing of "The Star Spangled Banner" by the band will close the exercises. During this year a park has been laid out about the monument under the direction of a state landscape architect and shrubbery and trees have been planted. The monument has been restored where necessary and new poles to carry American and Mexican flags have been erected. Road to the monument have been improved and marked with directional signs.
Posted by Whitesbog Life and Times at 4:05 AM No comments: Links to this post