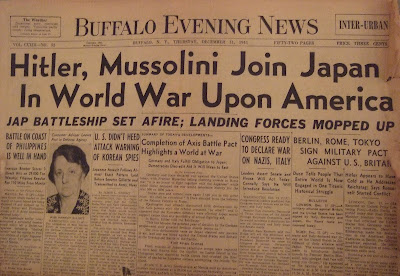 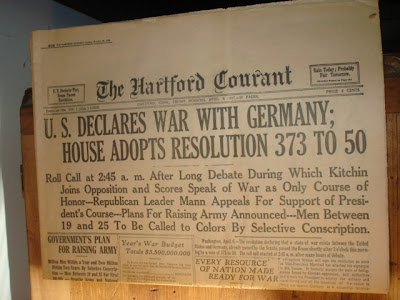 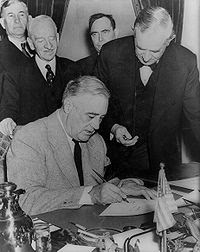 "On the morning of December 11 the Government of Germany, pursuing the course of world conquest, declared war on the United States. The long-known and the long-expected has thus taken place. The forces endeavoring to enslave the entire world now are moving toward this hemisphere. Never before has there been a greater challenge to life, liberty and civilization. Delay invites great danger. Rapid and united effort by all of the peoples of the world who are determined to remain free will insure a world victory of the forces of justice and righteousness over the forces of savagery and of barbarism. Italy also has declared war against the United States.

Franklin Delano Roosevelt
Message to the Congress
December 11, 1941
"Whereas the Government of Germany has formally declared war against the government and people of the United States of America: