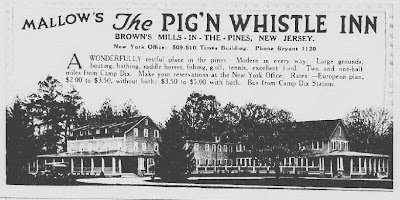 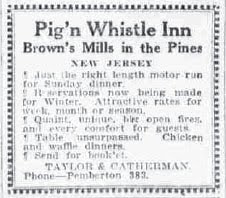 MARRIAGE
Pierce-Felton
Date: May 12, 1937
Page: 1
Column: 7
Summary: Miss Mary Elizabeth Felton, daughter of Mr. and Mrs. M. W. Felton, of New Alexandria, Pa., and George I. Pierce, of New York City, were married at the Presbyterian parsonage, at Beacon, N. Y., on Thursday afternoon, May 6, at 4:30 o'clock. Rev. Dr. MacKinley, pastor of the church preformed(sic) the ceremony. Miss Rebecca Woods, of Cold Springs, N. Y., was maid of honor for the bride, and William Feigelstock, of New York City, was best man for the groom. Following the ceremony, Mr. and Mrs. Pierce left for a week's wedding trip to Virginia Beach, Va., at The Cavalier Hotel. On Saturday night, Mr. and Mrs. Pierce and Mr. and Mrs. Felton, are giving a reception at the Pig'n Whistle Inn, Brown's Mills, for about fifty of their friends. The bride is a graduate of Greensburg High School, where she was class valedictorian, and of Wellesley College, where she was an honor student. Mrs. M. W. Felton and her daughter came as guests to the inn at Brown's Mills in 1921 and operated it from that year to 1928 as an inn. They sold it that year but returned in 1930, at that time operating it as a sanatorium for some years, returning it to the status of an inn in 1936. Mr. Pierce is a second vice president of Chase National Bank, New York City, and is a member of the Crescent Athletic Club of Brooklyn and Huntingdon, Long Island. Mr. and Mrs. Pierce will make their home at 494 Greenwood avenue, Trenton.

MARRIAGES
Headline: MT. HOLLY PERSONALS
Date: June 8, 1939
Page: 4
Column: 2
Summary: Mr. and Mrs. George Pierce who have been spending sometime(sic) in California since their marriage have taken a cottage on Mirror Lake at Brown's Mills for the summer. Mrs. Pierce will be remembered as the former Miss Mary Felton, manager and proprietor of the Pig'n Whistle Inn at Brown's Mills. Fire in the Pig'n Whistle Inn's, Browns Mills, NJ, early out fourteen guests of thehotel in one section of the building and did damage estimated at $4000 before the ...
September 13, 1927

200 ROUTED AS INN BURNS; 100 Firemen Battle in Vain to Save Jersey Building.

Posted by Whitesbog Life and Times at 7:53 PM No comments: Links to this post 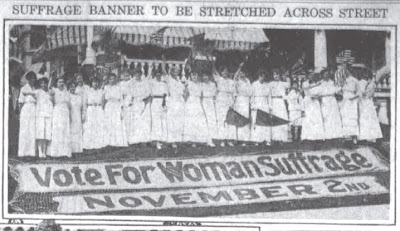 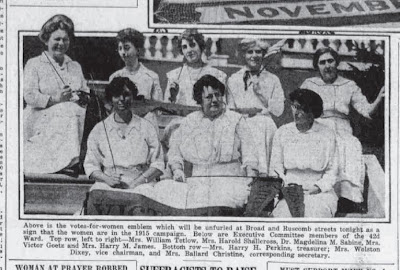 Posted by Whitesbog Life and Times at 7:35 PM No comments: Links to this post